The Japanese car manufacturing company, Toyota has manufactured this latest and new model of the car, Toyota Vitz Hybrid with the detailed review and specs. This car is the subcompact hatchback and it is provided in 3 and 5 doors variants in the auto market in Pakistan. The company has introduced the first facelift of the car in the auto market in 1998 and its production was stopped in 2005. Then the company started introducing the second facelift of the car in 2005 and it was continued till 2010. Then Toyota launched its final facelift in 2010 and it is still in production. The company has introduced various features in this vehicle, which has made it unique and wonderful and most attractive for its enthusiasts. 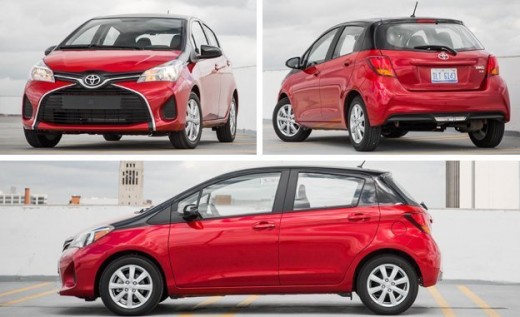 This vehicle has been sold in the market in different variants with different sorts of drivetrain and platform options. The 2017 Toyota Vitz Hybrid is the 5 door base model F variant and it was only 300 km driven.

The first iteration facelift to 3rd gen, Toyota has introduced the massive front grill in front bumper and the front bumper has quite complex design.

On the front side, the vehicle, Toyota Vitz has the facelift with same massive grill and the edges and cuts are sharper than before. This vehicle has the front bumper with massive front grille and the viewers can watch the bumper arches, which are coming from extreme left and right of bottom of bumper and it converges the right under bulge to house Toyota monogram on the top of the bumper.

The viewers can get massive trapezoid front headlights and on the extreme left and right of front bumper, they can find the black accents on top of line Toyota Vitz fog lamps. They can also find the beautiful touch of design with simple horizontal strip of chrome accent on the bumper to match with the headlights in front and make the two prong fork in projector type halogen headlight. 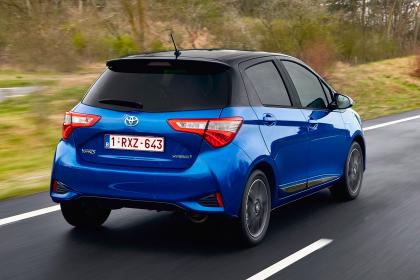 The viewers will find the rear lights as boot and rear bumper and the third gen to get the simple triangular brake lights and this design has been changed for 2017 model. The rear brake lamps are wide and they are extended to boot lid. Toyota has introduced the red reflector on bottom of rear bumper but they were not present in first facelift 2017. You will also watch rear arch type design, which is started from right of extreme sides of rear bumper and make the bow like impression on rear of the car. The reversing cam is located at crease of impression in boot lid and you also elevate rear registration plate.

When you check the interior of the 2017 hatchback, which is similar to interior of Toyota Aqua. The dashboard of the car looks identical and has the door trims. It has simple design and the instrument cluster is similar to Toyota Aqua. It is the base model and you cannot get the push start button and you have regular Turn Key ignition. You turn to hybrid car with twist of key to give the feeling of difference than pushing the button.

The steering wheel of the car is basic and simple three spoke design with multimedia control and trip and return buttons, which are added on right side of steering and the steering wheel is adjustable. The viewers will find the dashboard and on right side, there is lane departure watching and auto headlight button over AC vent and the left and right sides of the dashboard are round to give 2017 facelift Toyota Corolla. 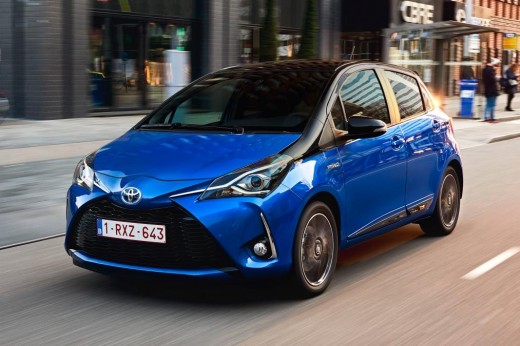 The viewers will find the analog speedometer in the center and on right side of speedometer, there is digital TFT screen and shows the simple information like gear indicator, time, trip meter, ajar door indication, fuel level, and temperature. On the left side of speedometer, there is drivertrain mode meter. The meter shows the kind of driving and if car is charging and you drive it in Eco mode and use all power available by car by the batteries and combustion engine.

Toyota increased the boot from 272 liters to 286 liters and you can push 60:40 split backrests of rear seat forward when you want more space at the rear seat. There are pockets in doors and backs of both front seats and also on the center console. The users will also find the two cup holders in center console in front of gear level.

This car has the powerful engine and it gives pretty much fun to drive and it is smaller but has the second generation 1.5 liter 4 cylinder DOHC internal combustion engine and electric motor to make it fun. The 1 NZ FXE internal combustion engine is produced 73 horsepower and 111 Nm of torque and electric motor to make about 60 HP. The car has pretty impressive speed from zero to 60 km / hour but it feels struggling to get high speeds.

When you push the accelerator to door and for couple of moments, you feel like nothing to happen and there is sudden surge of power and car shoots you forward like rubber band. The cars, which have CVT gearbox, it is common among them. Toyota Vitz hybrid 2017 is provided in the market with new E-CVT gearbox and due to new gearbox, it gives better response. It felt bit quicker to respond to throttle input, which you can compare to aqua. It might be something to do with overall mass and weight of car and bigger and bulkier the vehicle has more noticeable effect.

New imported Toyota car has some impressive AC units and it was cold outside and judges the performance of AC, which is futile in such conditions. The car is known as electrically driven compressors and the good thing about AC was that it could run on battery power.

When you look at this car, it looks big and the third generation Vitz is longer and has the same width and the height of the car is little bit short. You can handle the car in better way than the previous vehicles. This car is added with normal electrical power steering and there is no much feel like Toyota Aqua. The car handlers are pretty nice and it does not have the issues to change direction quickly. The car will point towards the direction and you turn the steering of the car in that direction. 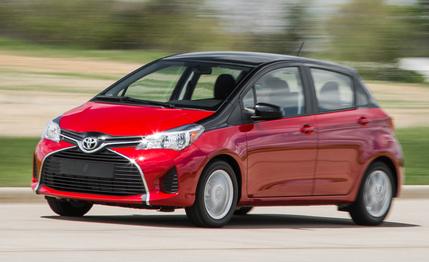 This car has the short wheel base and the second generation of the car will continue the wobbling on the uneven roads. But in the new generation hatchback, there is no such issue and the suspension is slightly stiff and can carry five people with the extra weight of batteries. The suspension of the car is basic Toyota recipe. On the front, there is MacPherson strut to torsion the beam in the rear.

This car has the basic F model Vitz and it is provided in the market with standard 14 inch steel wheels with wheel cap and 175/70R14 tires. The car, Vitz hybrid is provided in the market with puncture repair kit and the air compressor and there is no spare tire in this car. The ground clearance of this car is low at 140 mm other than other Japanese cars. People will like to know the turning radius of 2017 Vitz is 4.7 m, which is more than second generation Vitz (4.4 m).

The Toyota Vitz Hybrid is the new car and it is made with the latest safety tech like architecture of car. The users will find the crumple zones in front and rear and the seatbelts are also there. It is basic F variant of Vitz and it has two airbags for the driver and the front passenger and the car is added with anti lock braking system and the traction control and lane departure warning.