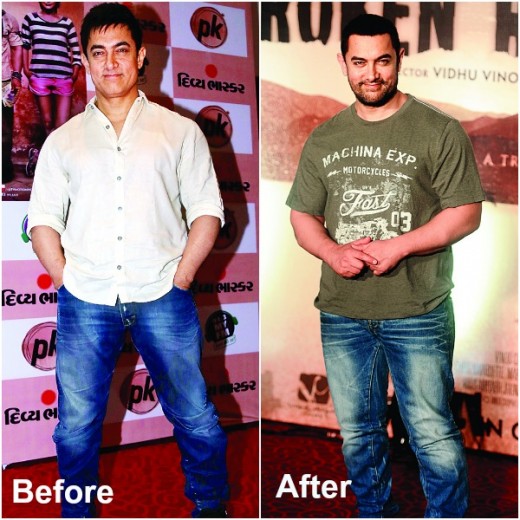 Amritsar, Aamir khan is rightly said Mr. Perfectionist as he can create the originality and reality in his movies. He is now performing in his new movie; ‘Dangal’ and he increased his weight to perform the role of a wrestler in the movie. Now he is facing the problem of breathing due to his increased weight.

According to Indian media, Aamir khan is busy in the shooting of his new movie, ‘Dangal’ in Ludhiana these days. He is performing the role of wrestler and he has inducted some local people in the movie to make it original and real. He also increased his weight, which is creating problem in taking the breath. Now he is following the advices of his doctors. It is learn that Aamir khan has increased his weight to 95 kg to perform in his movie, ‘Dangal’.