There were rumors on the social media in India and Pakistan that the Bollywood actress Aishwariya Rai Bachchan attempted the suicide and this news went viral on the internet on 02 December. Various media outlets showed this fake news on their webpages.

The news were spread on both sides of India and Pakistan and they claimed that the ex Miss World attempted for the suicide. The tensions were grown in their family and she took the tranquilizers in the huge amount, which claimed her life. 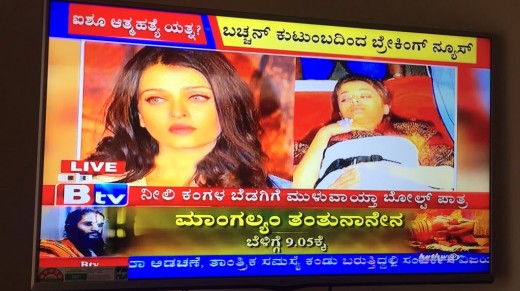 The pale and bruised looking pictures were also circulated on the social media and they showed that she has attempted for the suicide and it finally ended in her death. It is found that a Pakistani blog has started this wrong news, which spread on the internet. These rumors were found false, when she appeared in a party managed by the Bollywood fashion designer, Manish Malhotra on Sunday.