The Federal Government has presented the federal budget 2019-2020 and it has imposed the Federal Excise Duty. Now Al Haj FAW has increased the prices of their new cars during June 2019 the company has issued the circular to their dealerships across Pakistan. Al-Haj FAW Increases Car Prices June 2019.

The government has proposed the FED for different categories of cars and it will become effective after passing of the federal budget from the national assembly. 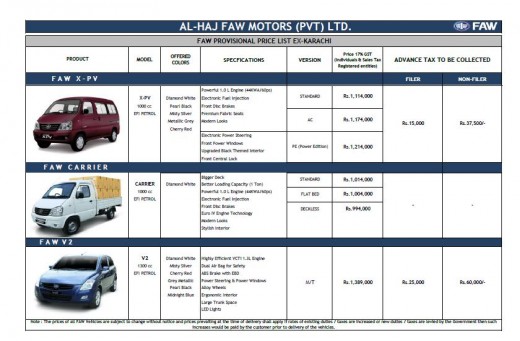 In the coming weeks, there are some other vehicle manufacturers like Honda Pakistan, Toyota IMC and Pak Suzuki will increase the prices of their vehicles.