Crescent Star Insurance filed the securities and said that memorandum of understanding has been signed between Crescent Star Foods the food subsidiary Texas based food chain company, Heff’s Burger to get their franchise for this proposed agreement for Pakistan. It has been decided that Crescent Star will open five stores in three years and in the next three years, they will open five more stores. The terms and conditions will be signed under the letter of intent during August. 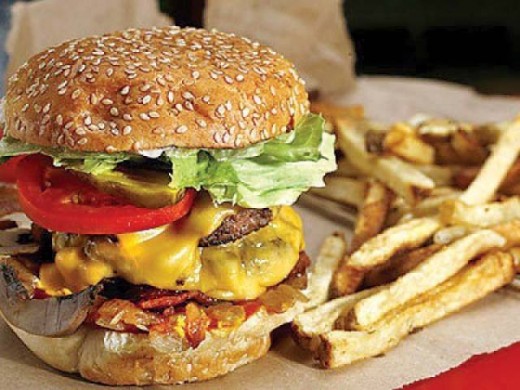 Crescent Star Foods set up about 30 Golden Chick restaurants under the agreement of master franchise rights with Texas based fast food chain, Golden Franchising Corporation all around Pakistan. The Crescent Star Foods signed another agreement with Golden Franchising Corporation to start 42 stores in the countries like United Arab Emirates, Qatar, Oman, Kuwait, Saudi Arabia and Bahrain.

Crescent Star Insurance is the small insurance company, which owns the Crescent Star Foods completely in terms of its gross premiums of Rs.266 million. Crescent Star Insurance issued detailed financial accounts and the local business of foods subsidiary will be commercially available during the current year and it will start the paying returns from 2017. The fast food market of the country has grown as the middle class has expanded in the recent years. There are various food franchises like Hardee’s, Burger King, Fat Burger, Johnny Rockets and they took the share from McDonalds and KFC, which were the two big international fast food companies, who have dominated the fast food business across Pakistan.

The Al Shaheer Corporation says that the big meat exporter and retailer provide the information that people of Pakistan consume about 834,000 tons of poultry meat in a year and it makes this nation, one of the top 20 consumers of poultry meat globally. The company conducted the annual general meeting of Crescent Star Insurance during April and the company resolved the authorized investments in share capital of Crescent Star Foods till Rs.50 million and it has increased the investment of the subsidiary to Rs. 120 million in aggregate.

It is also said that the period of investment is long term and it is added with the objective of entering in the lucrative food business category. It has invested the amount of Rs.50 million in Pak Kuwait Takaful Company expect the investment of Rs.450 million in Dost Steels by underwriting the shares of steel manufacturers.

It is also getting PICIC Insurance at the ratio of one to four, which means that any person or institution, which holds four shares in PICIC Insurance and will end the ownership one share in Crescent Star Insurance post acquisition.