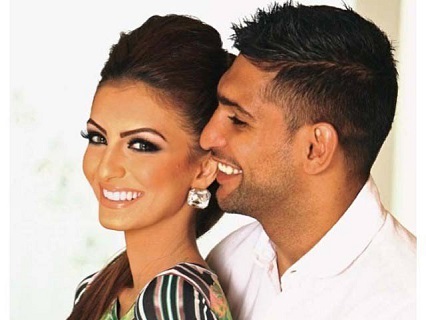 British boxer Amer Khan has filed the divorce papers in the court against Faryal Makhdoom. He filed the case now after their twitter war on the social media. WhenFaryal declared that she is pregnant with second child, Amir Khan casts doubt over it. The couple is passing through the difficult time of their life and relationship, when the public spat was carried between them on twitter. They accused each other on cheating on them.