Everyone enjoys the company of Bollywood actor Ranveer Singh as he is a jolly man. Recently during the show of “Aaj Ki Raat Hai Zindagi”, Ranveer and Amitabh Bachchan were seen dancing together. Though, the show has not been on air so far but we know that both have good understanding. Ranveer participated in the show to promote his upcoming film “Bajirao Mastani” and it seems both enjoyed there a lot. 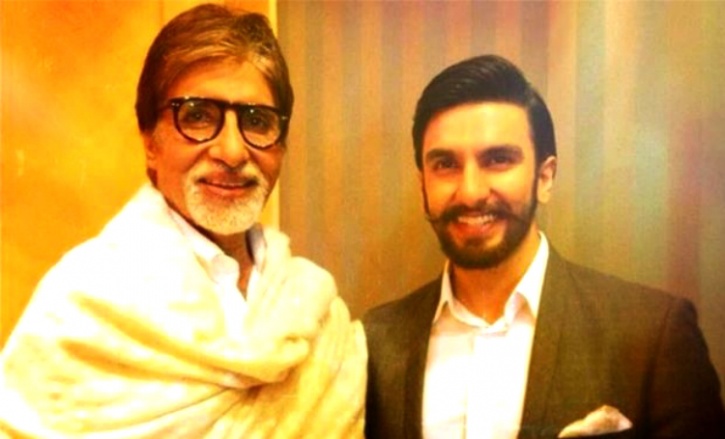 Big B made a dubsmash during the show along with talking about the movie and it was his first dubsmash video. Ranveer shared this dubsmash at his social media page and he wrote that this is the biggest and epic dubsmash and Sir Bachchan.

You can watch this dubsmash here.