The bull fighting in Spain is well known all over the world. But china has started the fare for the fighting among the smart, healthy and strong bulls. The first professional bull fighting tournament is going to be started in Guizhou, China and the bulls are prepared for the fighting. The instructors took care of their food and special training of these bulls. 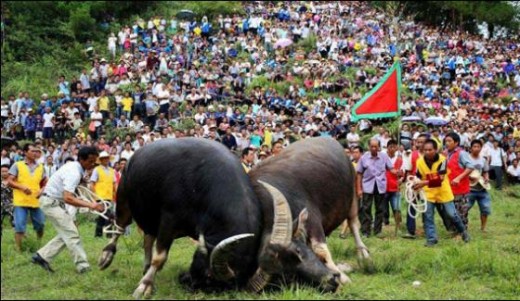 There are huge number of local people and the tourists, who want to watch this bull fighting competition. This arena is spread over 7,000 square meters and this tournament will be continued for three days and in this fare, the owners of the bull cut the horns of their bulls and make them steeper so that they can become more crucial and they can fight well during the completion. In this interesting competition, the winners are awarded with the prizes.