Chinese capital Beijing has been selected to host the 2022 Winter Olympics. For 2022 Olympics, the competition was between Beijing and Kazakhstan’s largest city Almaty for which voting was held in Malaysia’s city Kuala Lumpur. In the voting, Beijing got 44 and Almaty achieved 40 votes after which President of International Olympics announced that Beijing will host the 2022 Winter Olympics.

Beijing was already favorite due to its experience for hosting of Olympics but now Chinese capital will be the only city to host the winter Olympics after hosting the summer Olympics. Two other cities, Oslo and Stockholm, were also in the run for the hosting of 2022 Olympics but both left their campaign due to financial and political reasons. 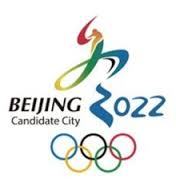