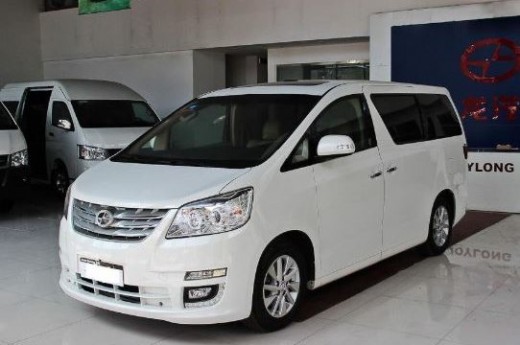 Joylong is the Chinese automaker, which is now going to enter in the Pakistani market and it will launch new vehicles. Joylong Automobile Company Limited is set to come to the country and it launches the new vehicles.

This company has the subsidiary in Pakistan and it will import the vehicles from China. It will offer four variants of vans and coasters and the influx of Chinese automaker in Pakistan is increasing because of the construction of China Pakistan Economic Corridor (CPEC). There is another company, Daimler AG has signed the MoU with NLC to assemble the Mercedes Benz trucks in Pakistan. The company wants to tap the pickup/truck segment of market because of the CPEC.

The chairman of Joylong Pakistan talked with media and said that they would offer the vehicles in Pakistan and they will be added with some features like current commercial vehicles, which are being sold in local market at the half of the price compared to them. The company will bring about 150 units annually and their presence is growing in the market and they will start the local production. The company did not reveal the actual date of launching of the vehicles in Pakistan. 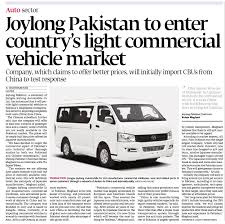 Joylong Automobile Co Ltd was founded back in 2007 and it is importing the vehicles to 60 countries of the world. The company has made the technical collaboration with Toyota Japan and uses the research and development for the vehicles.