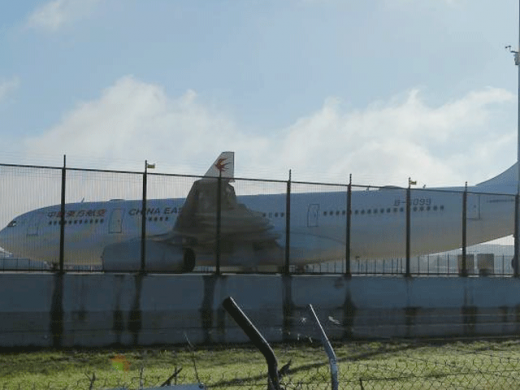 A passenger plane, traveling from Australia to China, managed to survive a dangerous accident. The passenger plane Airbus A330 of China Eastern Airlines departed from Sydney Airport to Shanghai. Just one hour after the flight, a dangerous voice came from the plane’s engine and burning smell was felt after a blow which terrorized the passengers.

The pilot returned the plane to Sydney Airport where it made an emergency landing. Passengers remained unharmed in the incident and they became very happy after coming alive from plane. Pictures of the plane are shown on social media in which a large hole can be seen in its engine.
Aviation authorities of China and Australia have started investigation of the accident.