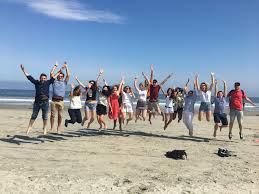 What is your anticipation in the application of the leadership skills in future to resolve the conflict in the world, your nation or your country?  What will be your role in creating international cooperation in order to promote peaceful world?

Conflicts can be managed and dealt with directly and quickly. There are the differences among the people and they will be able to resolve the conflict when it is happened and they also work to prevent it. We will maintain the healthy and creative team atmosphere and the key is to open the ideas, assumptions and beliefs of other people. When the team members see the issues from other sides, they find the new ways of thinking, which lead them to the new and unique solutions and healthy team performance.

People have different points of view and under right set of circumstances, the differences can escalate to conflict. How you can solve these conflicts shows the works for advantage of team or contributes to the demise. You can ignore or complain about it or blame someone for it or you will try to deal with it with the use of hints and suggestions. You can clarify what is going on and you try to reach to such a solution with the use of common techniques including negotiation or compromise. The conflict has to be dealt with but there is the question how it has to be dealt with a plan or it is too easy to get it pulled into the argument and create the even larger mess.

Though conflict is the bad thing and the healthy and constructive conflict is the component of high functioning teams. The conflicts are created from the differences among the people and the same differences are often make the diverse teams very effective than they made up of people with the similar experience. When people have varying viewpoints, skills, experiences and opinions are given as tasks with the project or challenge. The combined effort can surpass what other group of similar individual could get. The team members must be open to all such differences and do not let them to rise into full blown disputes.

You need to understand and appreciate the different viewpoints, which are involved in conflict and they are the key factors in the resolution. The key skills for all team members are to develop and it is necessary to maintain the healthy balance of constructive difference of opinion and avoid the negative conflict, which are disruptive and destructive.

Getting and maintain the balance, which is required for well developed team skills, especially ability to resolve conflict when they are happened and the ability to keep them healthy and avoid the conflict in day to day course of team working. Now you will have to look at the conflict resolution first and after that prevent it.

When the team oversteps mark of healthy difference of opinion and resolves the conflict, it requires to respect and patience. The human experience of conflict is added with the emotions, actions, perceptions as we experience them on all three levels and we need to address all these levels to resolve it. We must convert the negative experience into positive experiences.

When the team gets ready to resolve conflict, it is necessary to understand the situation first and the point of view of each team member. You should listen to the position and viewpoints of each member clearly and also understood. Now you have to get through the strong emotions and expose the true nature of the conflict for which you need to do the following:

This step can go a long way to resolve the conflict and it helps to examine the facts objectively and with less emotion.

Sally and Tom know that the best way to market the new product is TV campaign. Mary and Beth are adamant that the internet advertising is the way to go and Josh supports the store lead campaign.

The TV advertisement is excellent way as it found very effective in the past. Mary and Beth are experts to use the latest technology and they believe to stay well-informed in the market. The company was consistent in trying the new things and they seek challenges and they find the change as motivating and exhilarating. Josh has the believe in store lead campaign, which is very cost effective. He thinks it is best way to test market for the launching before starting the marketing expenses.

Which of the assumptions and facts are true? Which of the facts are very important to get the outcome? Is there any further and objective information, which needs to be discussed in order to clarify the points of uncertainty or contention? Is the additional evaluation or analysis required?

If these techniques have not been used earlier, they will help to make the objective decision or evaluation. You need to get the agreement within team about the use of techniques and how to go for further analysis and evaluation.

When you consider the assumptions, facts, beliefs and decision making, which lead to positions of other people, group will get better understanding of the positions. You can also reveal the news areas of the agreement and also the new ideas and solutions to get best out of each position and perspective.