Iceland, Iceland is the major country, which uses the renewable energy sources all over the world and there is news that electricity will be produced through the heat of the volcanic eruption.

They have built the geothermal power plant, which is given the name of Reek Hance and it is present in the Thore area, which is known with the name of devil of thunderstorm and the lightening. Iceland is meeting its 25% requirements of electricity through geo thermal sources. 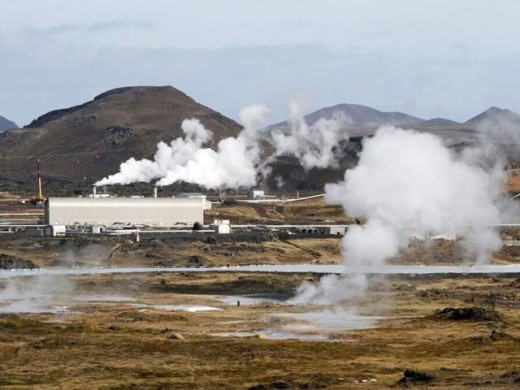 Keep in mind that digging in the extreme hot ground to the depth of 5 kilometers is not easy process. This project was started in August last year and it is completed now after about 8 months. At this depth, there is no hot water or liquid or gas but it is declared as the super heated water. They can get 5 to 10 times more energy than the gas or oil field. The volcano was awakened about 700 years before and now it is sleeping. The surface of the Volcano Mountains looks like the surface of the moon.

The experts warned that in the geothermal energy, the carbon dioxide and Sulphur will also be erupted, which can be dangerous to the environment. Iceland is advancing its research in this regard.