Emraan Hashmi’s Film to Release on 13th May

Bollywood actor Emraan Hashmi’s new film “Azhar” will release on 13th May 2016 in cinemas. This film is made on the life of former Indian cricket captain Azharuddin and Emraan Hashmi is performing the main role of the film.

In the 2 minute trailer of the film, the ups and downs in the life of Azharuddin are shown. Azharuddin was among the most successful captains of India who was also blamed for match fixing.

Apart from his professional life, problems in his personal life are also shown in the film trailer. Naureen was the first wife of Azharuddin while he also had relations with model and actress Sangeeta Bijlani. He married Sangeeta Bijlani in 1996 after divorcing his first wife. Later, Aharuddin and Sangeeta also separated in 2010.

Prachi Desai is doing the role of Naureen while Nargis Fakhri is performing the role of Sangeeta Bijlani. This film “Azhar”, directed by Tony D’Souza and produced by Ekta Kapoor, will release in cinemas on 13th May 2016. 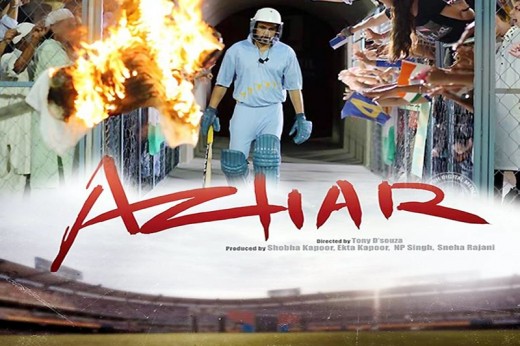