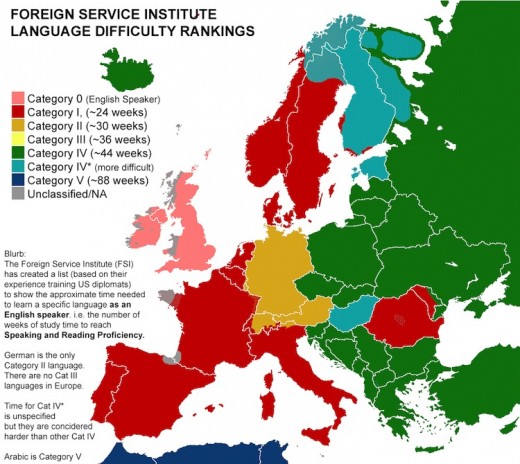 It is not easy to become master in the foreign languages. The recent study shows that some languages might be difficult to learn. There are some other languages like French or Spanish as they have some set of difficulties and the learning of these languages can involve the new set of vocabulary and grammar and it might see the challenges in some area for the native English speakers.

The Foreign Service Institute (FSI) is the training institute of US government for the employees to deal with the foreign affairs. It has the responsibility to prepare the diplomats to move them forward in the foreign interests overseas. The responsibilities are also included with teaching of the foreign language to the members and FSI provides the courses in 70 different languages. 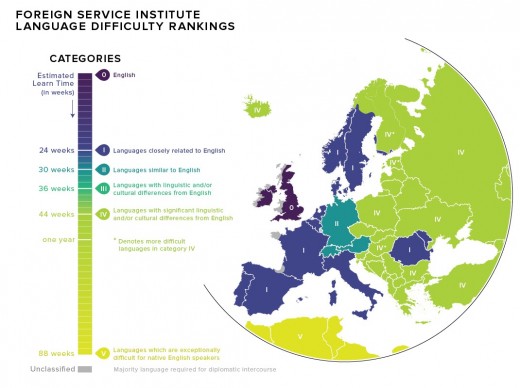 The category I is easy as it is added with such languages, which are closely related to the English language like French, Spanish, Italian etc. The languages of this category need about 23 to 24 weeks of study time.

Category IV is little bit tough as it is added with the languages including Polish, Finnish and Russian and they take about 44 weeks to master in these language and Urdu is also included in this category.

Category V is the hardest and the English speakers try to learn these languages including Arabic, Chinese, Japanese and Korean and it take 88 weeks of study time. According to the list generated by FSI that it is not necessary that everyone would agree over the difficulty ranks, which are given to these languages. It depends on your tendency and ability to learn and you will to show your willingness, interest and the time, which you spend on these languages to learn them.

You can view the categories of the languages, which are listed by FSI. 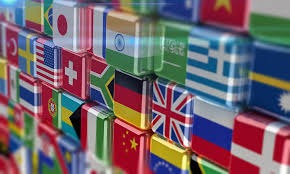 Languages with significant linguistic and/or cultural differences from English 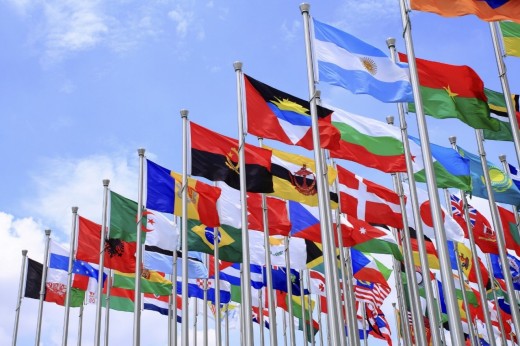