Karachi, 16th Lux Style Awards were conducted on 19 April and this award show was different from the award show of last year. Hassan Shehryar Yaseen was the director of the award show but last year, the director was Farieah Altaf. There was the significant change in aesthetic and management and the show was continued till midnight and it was added with various hits and misses.

Atif Aslam is the leading singer and he prepared the special song. He also showed his comic side, when he mimicked the contemporary pop star singer, Ali Zafar. He sang the song in the heavy voice and after that he followed another leading pop singer, Sajjad Ali, by singing the song in the very melodious voice. The attendants sitting on the rear seats, they were blocked by the tall heads and the crazy hairdos sitting in the front rows. They thought that Ali Zafar and Sajjad Ali were singing the song instead of Atif Aslam in the mimicry style as they could not see the front stage clearly.

2.      The ‘Teefa In Trouble’ couple provides a glimpse of the film

Ali Zafar has done the cinematic debut in Pakistan and it seemed that the pop star is anticipating more as last night. Then Ali Zafar and Maya Khan performed on a song taking from ‘Teefa in Trouble’. Zafar and Maya were swirled on the stage during the show.

There is the segment during the show, which is called ‘In Memoriam’ segment, in which they remembered those contributors, who were died recently. It was the respectful segment to pay the tribute to the veterans and personalities like Junaid Jamshed and there was another inclusion of Kismat Baig and she was the unknown stage actor and dancer and she was brutally killed last year. 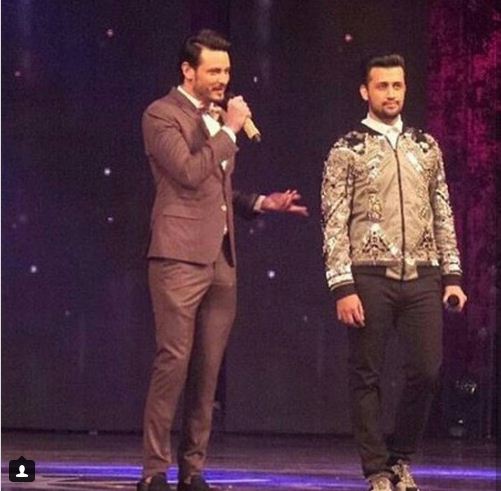 Osman Khalid Butt showed his sense of wit and the show was started with the interesting video package in which Butt and some other actors are doing welcome the audience to LSA flight and they promised not to kick out anyone for many reasons. After that Atif joined him as the translator and he took the digs at magnum opus Raasta of Sahir Lodhi and the absence of Saba Qamar. Like random celebrity living down the street, he had his own morning show to discuss the much hyped war between maker of your Raasta and media.

To see the veteran actors on the stage, it is mix of fun and nostalgia. The older audience is delighted and the newer generation tries to wrap their heads around the mystique and appeal. She grooved on stage and Reema was looking the veteran Lollywood actress during last night.

When the main actor, Halit Ergenc of the drama serial, Mera Sultan appeared in this award show, then this award show got the international touch. He was given the international icon award and along with Reema, he presented the best film award, which was given to the movie, Actor in Law. The moment was highlighted for only one reason of the two behemoths and Reema and Ergenc came on the stage together and these were the iconic moments. 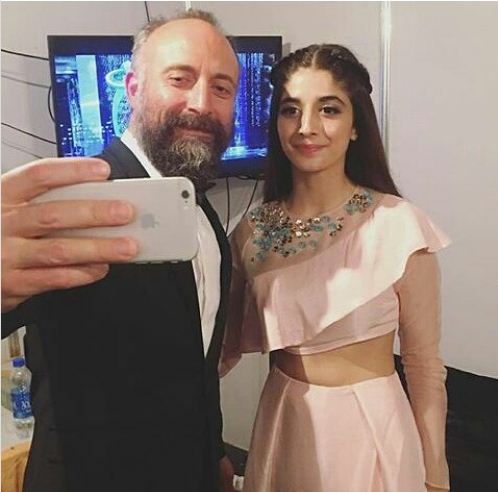