“Fifty Shades of Grey” on top of American Box Office

The movie “Fifty Shades of Grey”, made on the novel of the same name, has earned the business of almost $7.81 million in the American and Canadian Box Office after first release of its release. In the story of an extraordinary love between a wealthy businessman and a college girl, Jamie Dornan and Dakota Johnson played main roles. The film has left behind many other movies in terms of business. According to sources, the releasing company Universal Pictures’ domestic distribution president said that ‘Valentine Day’ and long weekend were the main causes of film’s success. From Friday to Saturday, the second most successful movie on box office remained “Kingsman: The Secret Service” whose box office collections remained $6.35 million. ‘The SpongeBob Movie: Sponge Out of Water” remained at 3rd spot with $5.30 million. The 4th position in the top 5 list on box office is achieved by “American Sniper”. The movie earned $4.16 million on the weekend but this movie’s total earning remained $304 million which takes it to one of the mega hit films of 2015.science fiction movie “Jupiter Ascending” took 5th position with $4.9 million. The movie “Fifty Shades of Grey” was not approved by the sensor boards of many Arab countries and the film is not allowed to release in these countries. Lebanon is the only Arab country where this film will be released. 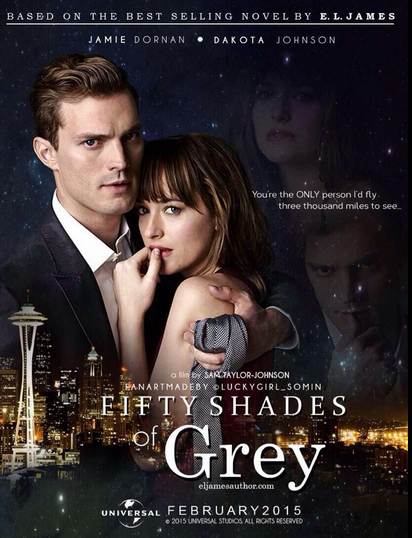