Home Entertainment Filming of Sex Intercourse of a couple during a flight
imran+ Jun 15th, 2017 Comments Off

Filming of Sex Intercourse of a couple during a flight 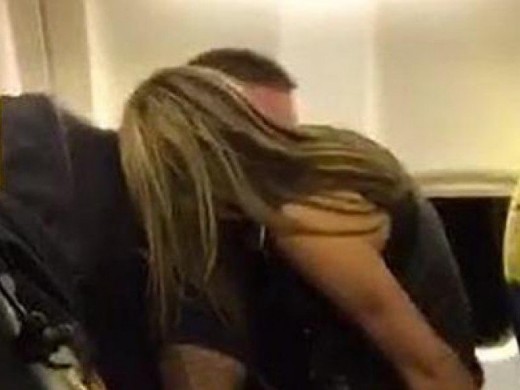 On a Ryanair flight, a couple was filmed by a person through his phone as they were having sex while other passengers were looking in disbelief.
The route of the flight was from Manchester to Ibiza while the woman was apparently in drunken stage. This shameless act was captured by a 21 year old passenger Kieran Williams while they were sitting in the plane for an hour. He told that he had heard about such thing by them but he thought it to be a joke but later he saw such thing for the first time after which he used his phone to capture the scene. Initially, everyone laughed but later it proved shocking as both of them were serious.
He also told that a female passenger sitting close to them asked about changing her seat and someone told this matter after about 20 minutes but the crew did nothing to stop them.
A spokesperson of Ryanair told that they are investigating this matter and the passengers that show inappropriate behavior will be sanctioned.