Poster of Bollywood king Shahrukh Khan new film “Happy New Year” has been released. In the poster of “Happy New Year”, the cast of film is shown wearing two different dresses. The poster became interesting for the fans. They’re anxiously waiting for the trailer which will be released soon. This film is directed by Farah Khan in which the main cast includes Shahrukh Khan, Boman Irani, Sonu Sood, Deepika Padukone and Abhishek Bachchan. This film will release in the end of this year. 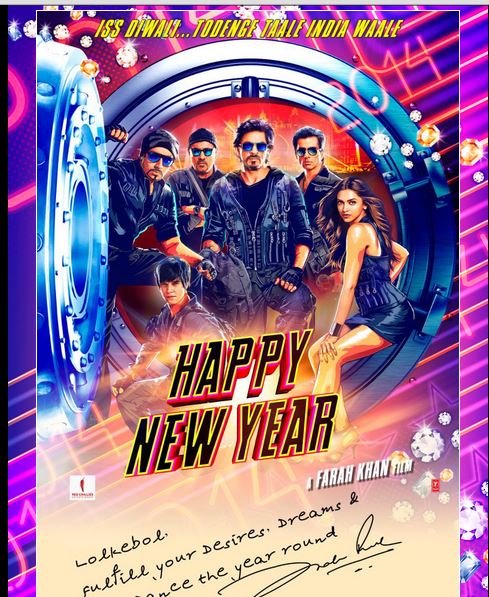