The use of technology is every field of life is the need of the time. Technology conveniently helps the man to resolve various issues related to his socio-economic life. The government of Pakistan is struggling hard to digitize the country to cope with all kind of issues and to facilitate the public as well. Recently the PM Imran Khan has inaugurated the “Digital Pakistan” campaign in this regard. 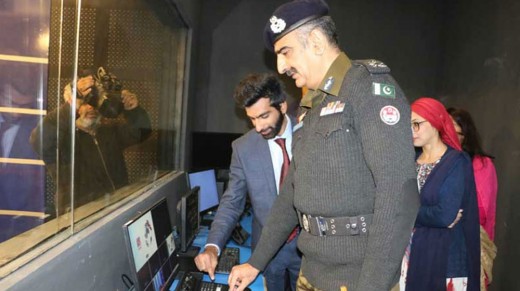 As government is focusing on every issue in any area or department of the government sector, in same government is taking strong initiatives to strengthen and make transparent the police department.  Recently an initiative was taken by Punjab Police Department in this regard was the inauguration of Web TV Channel in Pakistan.

The IG Punjab, Shoaib Dastagir Inaugurated the first police web TV Channel in Pakistan during his visit at the Punjab Safe City Authority (PSCA) Headquarters at Qurban Lines on Thursday. On the inauguration ceremony he said that the public will be kept aware about law and order situation, traffic laws and information.

According to him the web TV channel will play a key role in reducing the gap between public and police. On the channel general policing programs will be shown for the information and knowledge of the public.