Dubai City, Dubai has prepared the first police official to work against the crimes. It will start its working very soon.

This robot police official will start its patrolling on the roads of the city. This Robocop has the height of 5’ and 5”, which can also understand the passions of the people. People can approach it to get registered the complaints. Presently, it will work to do the challan of the vehicles and also receive the fine from the people.

It is project of Dubai police that total 25% of the official robots are made in the Dubai police till 2030, which can speak different languages and they can carry out different tasks. The Emirates police have made this decision in their recent Gulf Security Conference, which will be continued for three days. The director general of Dubai Smart Police, Brigadier General Khalid Nasar Al Razzaqi said that it is an important milestone to issue the first robot police official in the history of emirates and it is also an important step towards the dream of smart city through technology.

Another police official of Dubai said that more robots will become part of Dubai police in future and the robot police official can recognize the face of the people from the distance of 20 meters. A touch screen is installed on its chest and people can use it to get register their report in the police and this report is transferred to the police call center immediately.

Dubai police wants to include this city in the first 5 best cities of the world in terms of security till 2025. The police also want that up to 50% building can generate their own electricity till 2030. They will also establish the DNA data bank till 2030. Dubai police, Google and IBM Super Computer have performed their role in the manufacturing of this robot police official. 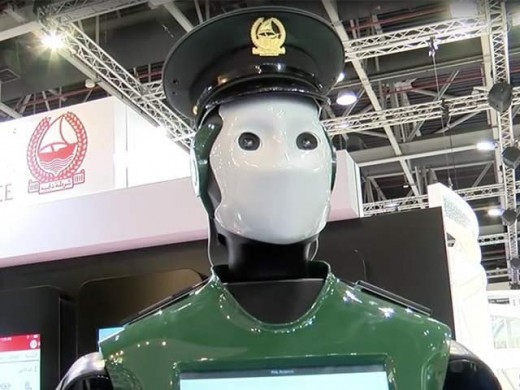 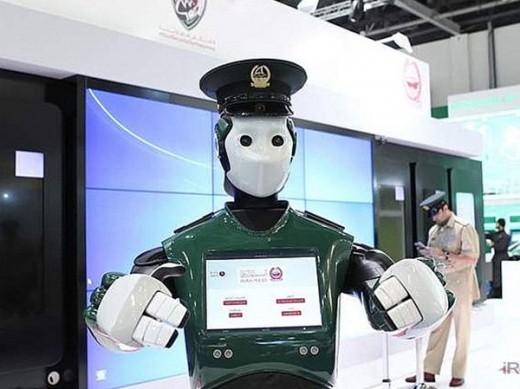 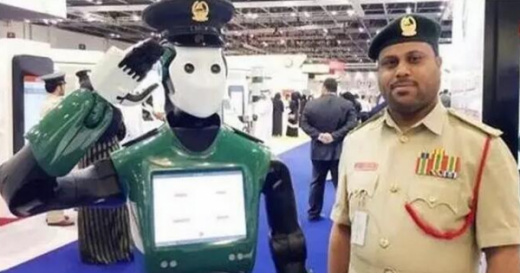