The story of this movie, jointly produced by Menami Echka and Teachi Boaeda, is based on giant monster ‘Godzilla’ which has again arrived to cause destruction in human world.

This terror and horror packed movie, made under Japanese cinemas, will release on 29th July in cinemas in English and Japanese language. 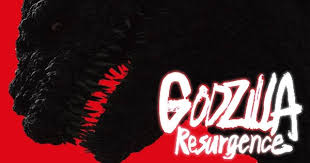