Federal Government has launched various projects under Digital Pakistan Project and gradually proceeding ahead to make the dream true for digital Pakistan vision. Recently, a meeting was held in this regard where Country Director of World Bank, Najy Benhassine called on Federal Minister for IT and Telecommunication Syed Aminul Haque.

The matter of mutual interest and those related to Information and Communication Technology (ICT), digitalization, and connectivity discussed during the call of both stake holders. Federal Secretary Ministry of IT Shoaib Ahmad Siddiqui attended the meeting.

The officials claimed that briefing on various connectivity projects taken under the Universal Service Fund (USF) and future line of action was given to the country director of the World Bank. Further, the ministry also gave a briefing on broadband projects and e-government projects.  The World Bank official showed a keen interest in communication and telecom projects.  The bank official assured of cooperation in IT and Telecom projects related to health and education. 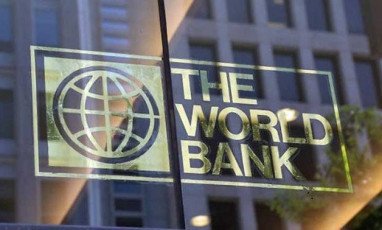 Federal Minister for IT and Telecom Syed Aminul Haque while briefing country director said that under Digital Pakistan vision, the provision of broadband services across the country was the top priority of the Ministry of IT.

He said that during the first three months (July-September) of the financial year 2020-21, IT and IT-driven services (ITeS) including computer services and call center services increased by 379.251 million US dollars remittances, 264.187 million during the same period of fiscal year 2019-20.

Haque said that business relations between the World Bank and Pakistan would be further strengthened. The Federal Minister also commended him for his support to the World Bank during the 19 epidemics.

He also urged the World Bank to provide funding for various projects to achieve the Digital Pakistan Vision. The World Bank Country Director praised the performance of the Ministry of IT, and said that the World Bank was ready to provide connectivity in remote areas, provide broadband services and co-operate in other areas.