First trailer of action thriller movie “No Escape” has been released. In this movie by director John Erick Dowdle, main roles are performed by Owen Wilson, Pierce Brosnan, Lake Bell, Sterling Jerins and Spencer Garrett. The story of this movie, produced by Michel Litvak and David Lancaster, revolves around an American family who settles in a country of South East Asia where the lives of foreigners became very dangerous due to mutiny and civil war situation. This action and thrill packed movie will release on 2nd September 2015 in cinemas under The Weinstein Company. 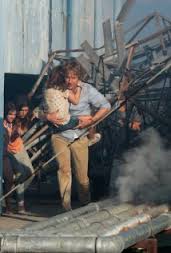