New trailer of movie “Taken 3”, the last movie action-packed film series ‘Taken’, has been released. Like first two parts, this movie is also action packed. The story of this movie, directed by Olivier Megaton, revolves around a former government officer ‘Bryan’ who is trapped in a murder case which happened close to his house. Main roles in the movie are performed by Liam Neeson, Forest Whitaker, Famke Janssen and Maggie Grace. This movie, produced by Luc Besson, will release on 9th January 2015 in cinemas. 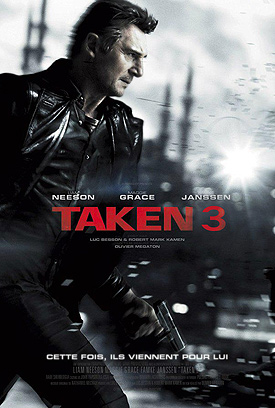