New trailer of British American drama movie “Women In Gold” has been released. In this movie by director Simon Curtis, important roles are performed by Helen Mirren, Ryan Reynolds, Katie Holmes, Charles Dance, Max Irons, Daniel Bruhl, Elizabeth McGovern and Jonathan Pryce. The story of this movie, produced by David Thompson, is revolving around a World War 2 escaped woman residing in Los Angeles who is fighting a case with the help of a young lawyer since a decade against the Austrian government for historical paintings looted by Nazis in Vienna. This movie, made with contribution from BBC Films, will release on 3rd April 2015 in cinemas under The Weinstein Company. 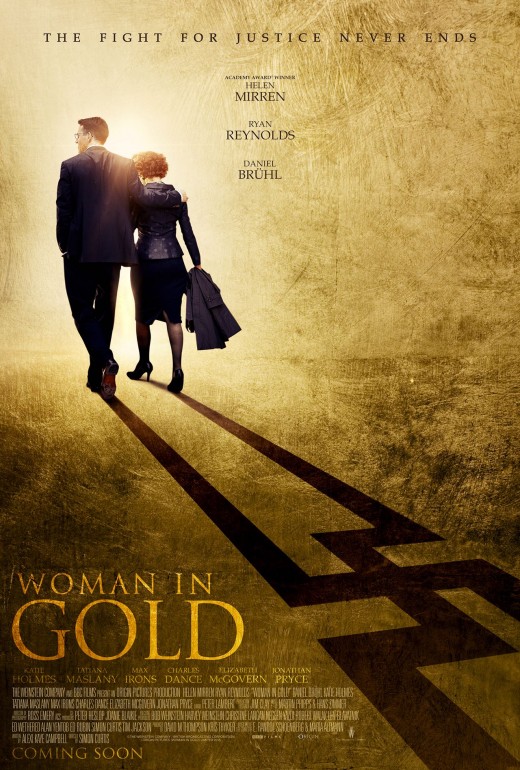