New York, The trailer of Hollywood new romantic comedy musical movie, ‘Begin Again; has been released. John Carney is the director of the movie and the story of the movie is based on the singer, who is looking for any job. One day, he met with a woman, who has the melodious voice and she is trying her best to start her career. These two musicians constitute a musical band, which reaches to the top of popularity in short time. This movie is filled with comedy and romance. The leading roles in the movie performed by Hollywood actor, Adam Levine and Keira Knightley. There are various other actors including Mark Ruffalo, Hailee Steinfeld, Katherine Kainz and James Cordon. This movie will be released on the cinema houses on 4 July. 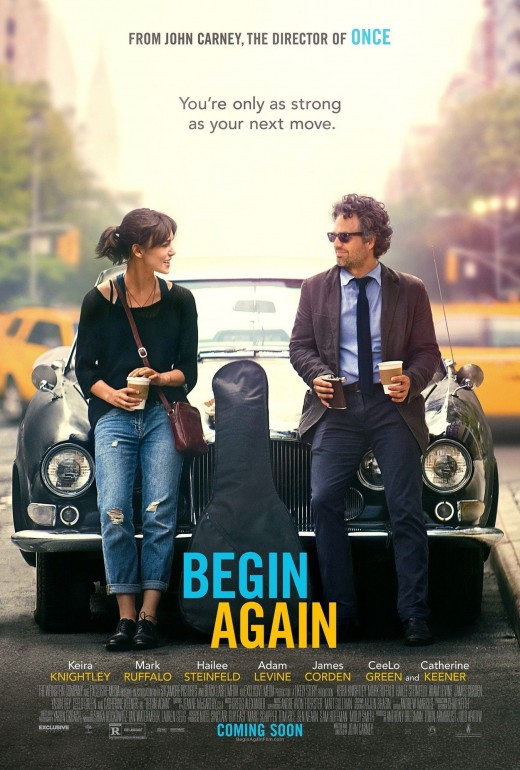