I wish Fairies alike life before marriage but nothing Faryal Makhdoom

San Francisco, Leading and popular Pakistan fame British Boxer, Aamer Khan was married to Faryal Makhdoom few years earlier and she thought that she would lead life like fairies but she failed to find such comfort in her husband house after getting married.

The conflict was started between Faryal Makhdoom and her in laws and this conflict is still continued. Now Faryal started another series of fight with her in laws and she criticized them severely.

She gave an interview and said that she is free about the dresses from her childhood but she is Muslim and she takes care of her dress and she considered the suitability of the dresses. The in laws put blame on her about the nudity and her dresses and she declares it baseless. She said that she thought the life of fairies like but it is still an imagination. She has full confidence on her husband and her husband has confidence on her. 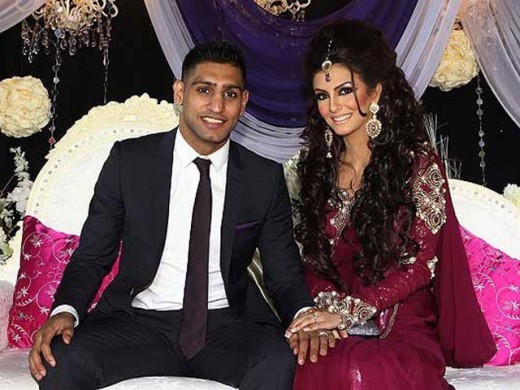