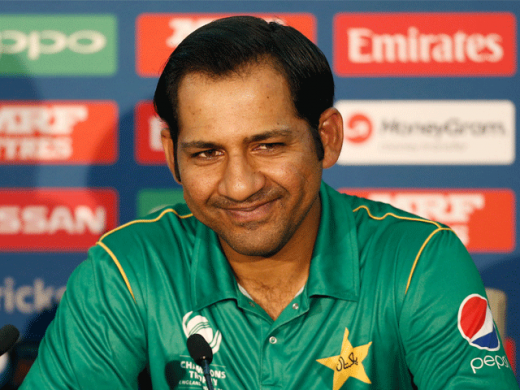 Team of Champions Trophy has been announced by ICC in which the captain of the team is Pakistani winner captain Sarfraz Ahmed. The team also includes other Pakistani players Hassan Ali, Junaid Khan and Fakhar Zaman.

The jury to select the Team of Champions Trophy was headed by GM Cricket of ICC Geoff Allardice while the other members of the jury include Indian S Ganguly, Pakistan’s Ramiz Raja, former English captain Michael Atherton, Julian Guyer and cricket writer Lawrence Booth. Performance and statistics of players during the mega event were considered while selecting the team.

Captain of the team is Pakistani skipper Sarfraz Ahmed while the team has total 4 Pakistani players, 1 Bangladeshi player, 3 English and 3 Indian players. The name of 12th player is New Zealand’s Kane Williamson.