The dimple beauty of Bollywood Preity Zinta is making a comeback in film industries after four years and her new film Ishq in Paris is ready to be released. After trailer of Ishq in Paris and releasing many songs now the fans will not have to wait any longer as the video of the song which was sung by Rahat Fateh Ali Khan has been released. The lyrics of the song are written by Prasoon Joshi and pair of musician Sajid, Wajid have recorded this song in the voice of Rahat Fateh Ali Khan,  hero and heroine are sad after separating from each other in the video. Preity Zinta has produced this film which is directed by Prem Soni in which she is performing the main role with a new hero Rehan Maalik.  Besides Preity Zinta and Rehan Maalik, French Actress Isabel Adjani, Arjun Rampaul will be performing key roles whereas Salman Khan will appear as a guest star and will make special entry in the item song Kudiye di Kurti. The romantic film composed by pair musician Sajid Wajid will be releasing on the 24th of May tomorrow in the cinema houses. 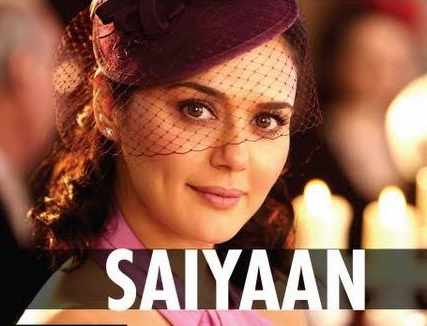