Jobs of Stars Before Entering in Showbiz

There are very few people, who are the born stars like their parents or relatives are working in the showbiz industry. It is very convenient for them to give an entry in the showbiz industry. There are many stars, who work hard to give the entry in the film industry. They worked for something before coming in the film industry to improve their financial situation. These stars have worked for small jobs and after that they came into the showbiz and they earned millions of rupees. 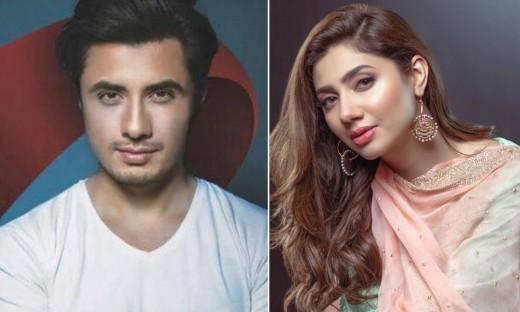 Various stars worked hard before coming in the Pakistani showbiz industry. Bilal Ashraf earned good name in the acting and model and he worked as Hedge Fund Consultant in the Investment Management Company in New York. Mahira was working on the drug store, when she was pursuing her degree in USA and now she is participating in the international film festival. Momina Mustehsan was associated with the engineering department before earning her name in the music field. Ali Zafar was a painter before starting his successful career and he used to make the sketches in the lobby of a hotel.

If you talk about the Bollywood stars, there are various stars, who worked different tasks before coming to showbiz. The Big B is well known for his tremendous acting, heavy voice and excellent and appealing look and he wanted to become a jockey on radio before coming to acting. He also gave the audition but due to his heavy voice, he was rejected from radio. Then he came to acting and started acting in the dramas and movies, where he got tremendous success.

The player of danger, Akshay Kumar was working as chef and waiter in a restaurant in Bangkok. He also got the training of martial arts from Thailand and he also won the black belt in Taikwando. When he returned to India, he started working as martial art trainer and a student advised him to start modeling. When he started modeling, he got tremendous success. Deepika Padukone worked in the Bollywood and Hollywood film industries but she used to play badminton before coming to showbiz. She has the strong wish to play the badminton like her father at the international level. Then suddenly a change came in her career and she started modeling and she also received the offer to perform in the movies.

The smart actress, Pareeneti Chopra got three degrees from Manchester School of Business and after that she came to the showbiz field and she signed her first movie, ‘Ishaqzaday’ and she has been working as the investment banker. She started working in the marketing department of Yash Raj Production house and she received the offer of a movie of this banner and she became the star. Yousaf Khan adopted the name of Dulip Kumar and he worked for the distribution of fruits in Peshawar, Pakistan but he has the great wish to work in the movies. After the partition, he shifted to India, Mumbai and started working in the Indian movies.

Rajni Kant is the super star of South India and he gets more compensation than other actors. He is the icon of the movies and he worked in all big and small jobs before appearing in the movies. He worked as coolie for a long time and also be the conductor in the BTS buses. Nawaz Uddin Siddiqui has done his graduation in science and he worked as the chemists in a pharmaceutical company. Then he shifted to Delhi and he worked as watchman in an office. He also continued his courses belonging to acting.

Madonna was selling the pastries at the leading food outlet in Times Square in New York before becoming the pop queen. Brad Pitt used to dance in El; Polo Loko wearing the chicken suit. He was dropped from University of Missouri, Journalism department and he had to work the undesirable work to compensate for his studies.

The actress of ‘Notebook’ and ‘Dr Strange’, Rachel Mac Adams spent three years of her teenage by taking the order in a leading franchise restaurant and she also broke an orange machine during this time. Mother of Beyonce has a salon and Beyonce worked to clear the cutting hair of the customers. When she did not have such work, she sang the songs. Megan Fox wore the banana suit and she presented the smoothie to the people on the smoothie shop.

Julia Roberts worked on an ice cream shop and she filled the logolicko ice cream scoop and gave to the people. Hue Jackman of Ex Man was the physical exercise teacher in a high school. Nicole Kidman supported her family by working as the massage therapist at the age of 17 years. Johnny Depp used to sell the ball point, when Nicholas Cage offered him the work in the movies.