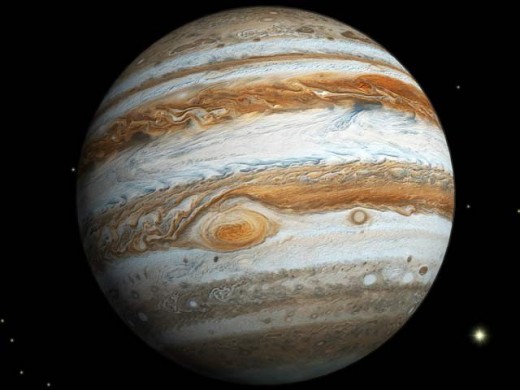 The German and US experts carried out the research work and they said that Jupiter is the oldest planet of the solar system. Its solid inner core came into existence before the solar nebula. About 4.6 billion years before, our solar system was the simmering cloud of the gas and dust. First the gases were mixed and they started simmering and the sun flared up. After that the remaining and moving matters came into being and the closest planets were gaseous and the farther planets were comprised of the solid bodies.

We got know that Jupiter is the first existing planet but we could not find the exact age of the solar system. The experts analyzed the meteor made up of solid iron, which fell on the ground and they found their age. They also analyzed the Molbedanium and Tungston isotopes of these meteors. It is found that these meteors are coming from two important places and these two sources got separated with the difference of 20 to 30 lac years and this process was appeared 10 years after the forming of the solar system.

According to the experts, this process was made the reason of the formation of Jupiter. It is done that a gap was created between the simmering disk of the gas and dust and the transportation of the matter between the sources of the meteor was disconnected. The planet Jupiter was formed 10 lac years after the formation of the solar system and it was growing so much big. After that the growth rate of Jupiter was reduced and it was reached to 50 times of the mass of the earth after 40 lac years, which is now 20 times in the size and it is 310 times longer in its mass.