Bollywood actress Kangana Ranaut will perform the role of a real female bank dacoit in her new film. It is told that Bollywood director Hansel Mehta is going to make a film on Indian American nurse, known as “bombshell bandit”, involved in a bank theft in America. According to Indian media, Hansel Mehta has chosen the name of “Simran” for the film while Kangana Ranaut has been casted to perform the role of Sandeep Kaur who is involved in bank theft activities in 3 states of USA.

According to Indian media, Kangana is ready to perform this role but so far she hasn’t announced this while the director of film will announce the inclusion of kangana Ranaut in his film in October before the start of shooting because she will be relieved from her other films till then. The sources also told that most of the shooting will be held in USA while some parts of film shooting will also be performed in India to shoot the childhood period of Sandeep Kaur.

It should be cleared that the film “Simran” is based on the life of Sandeep Kaur of Indian Punjab who later settles in American state of California with her family after leaving India and works there as a nurse. During this period, she involves in gambling and she have to pay heavy debt while playing gambling in Las Vegas which is not possible for her to pay. In 2014, she becomes a bank dacoit while police arrests her in a dramatic way after few incidents after which she was sentenced to 5 years in jail. Now Kangana Ranaut will perform the role of this female dacoit in this new film. 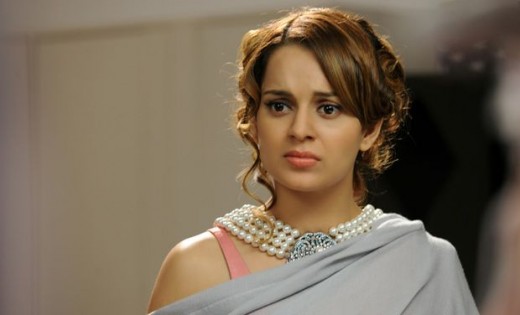