Lahore, Lahore Qalandar team reached Dubai to play the third edition of Pakistan Super League. According to the media reports, Pakistan Super League is going to be started from 22 February 2018 in UAE and Lahore Qalandar has reached Dubai so that they can adjust with the condition of the local venue and they will participate in the PSL third edition.

The defending champion, Peshawar Zalmi will reach Dubai on 16 February 2018 and the three teams including Islamabad United, Quetta Gladiators and first time appearing team, Multan Sultan will reach there on 17 February 2018. Karachi Kings will reach Dubai on 18 February 2018. The colorful event of the inauguration ceremony of Pakistan Super League will be conducted in Dubai on 22 February 2018. The two play offs of the event will be played in Lahore on 20 and 21 March 2018. The online booking of the tickets of the two play-off matches has been started. The final of the mega event of PSL will be played on 25 March 2018 and the booking of the tickets for the final match will be started from 01 March 2018 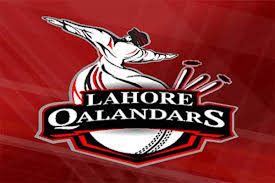