It has been decided to replace Pakistani actress Mahira Khan with an Indian actress in Shahrukh Khan’s film “Raees”.

The relations between Pakistan and India are quite tense after Uri attack and there is a new contest in Bollywood over this situation. The film world has divided in two parts over working of Pakistani actors in India. Several famous Indian actors have supported Pakistani actors but few are emitting poison. Now there are news in Indian media that Pakistani actress Mahira Khan will be expelled as heroine of Shahrukh Khan in film “Raees” and she will be replaced by Indian actress. 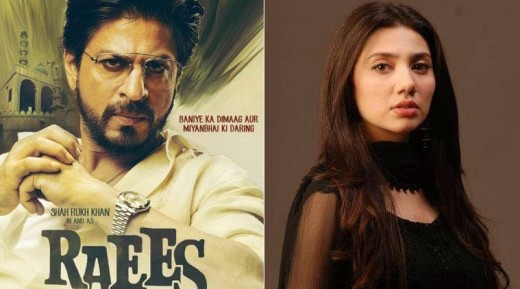 According to Indian media, this decision is taken due to tension between the two countries. It was a difficult decision for film director while it was also considered to shoot the film in Dubai but it could not be solved after which it was decided that role of Mahira Khan will be performed by an Indian actress. But so far, film producer Shahrukh Khan hasn’t admitted this.

Film “Raees” was to be released on 26th January 2017 in which Mahira Khan and Nawazuddin Siddiqui played led roles alongside Shahrukh Khan.