Man Goes to Work by Swimming in River

Munich. Almost all of the people use buses, trains, car or motorcycles to reach to their work places in time. The office going people uses these means of transportation so that they can reach to their office and they do not get late from work. But there is a person, who does not want to catch up in the traffic jam. 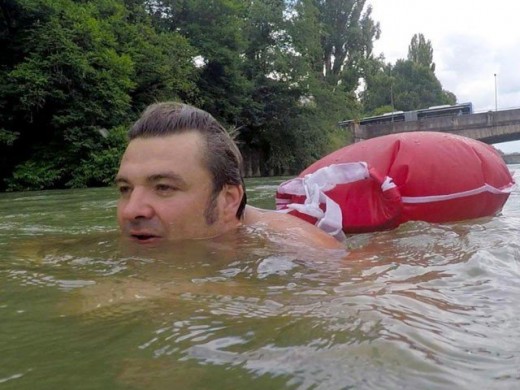 Man Goes to Work by Swimming in River

He has a water proof bag and he puts his laptop, clothes and shoes in it and jumps into the river. Then he starts swimming across the river and reaches to the other end so that he can reach to his work place. Sometimes, people present on the bridge of the river and they laugh at him but David does not take care of it and he gets enjoyment during his swimming and he reaches to other end of the river. He also feels satisfaction by swimming through the river to reach his office in time.

He says that he uses his laptop to check the flow of the river and gathers information about temperature of water and surface of the water. During the winter season, he stops use of river compare to the summer season and he also uses special weight dress to do the swimming.