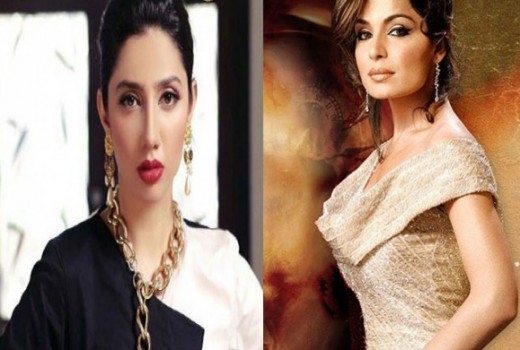 Film star Meera challenged Mahira Khan for acting competition. She blamed that you can get job with money and help but performing on screen is not an easy thing to do. People should boycott such actress.

She said that a lobby of Karachi is working on a mission to promote Mahira Khan as super star. She doesn’t even know the basics of acting but she is given roles in TV, films and also in commercials. The reason is to take revenge from other experienced actress of this field including her, Saima and Resham. This lobby wants to destroy other actresses. She said her long acting journey is in front of everyone and she performed nicely in the films of low budget due to which people like her and other experienced actresses much.

Due to her fame, she was also offered job in the neighboring country but now the situation has changed. Now this Karachi lobby is presenting small roles to us which is not suited to us. She also challenged Mahira Khan to perform in front of her on the screen.