Mehreen Syed is a supermodel and host in Pakistan fashion industry and she is considered very attractive and charming. Now she is included in the list of Asia Sexiest women at number 10. There are various other Indian film actresses included in this list. 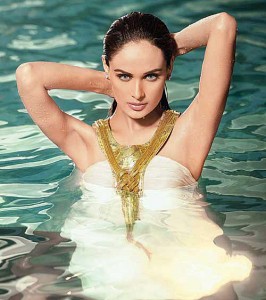 Mehreen Syed is performing in the fashion industry from many years and is now the CEO of International Fashion Academy Pakistan. Kareena Kapoor, Priyanka Chopra, Deepika Padoukone and Katrina Kaif are considered the sexiest women in Asia and there are some other actresses and models who are also considered the sexiest women in Asia but Mehreen has been promoted to the 10 number if we see various popular Indian actresses like Aishwarya Rai and Rani Mukherji whose numbers are after Mehreen in the list.

Asjad Nazir, who is the popular TV host and journalist, gave his opinion while performing as judge that Mehreen Syed is a popular and attractive personality and she is the charming ambassador for Pakistan for the year 2012 and she made a circle of friends and fans across the world through her brilliant performance. Although she is very beautiful yet her stunning performance in various advertisements made her popular figure among public and he was pleased to see her name in the list of sexiest women of Asia at number 10.

Now she is showing her performance through her modeling and she is carrying on her performance and represents the country on international forums. We pray for her success and wish for her better future.