More IT Jobs and Project in Pakistan 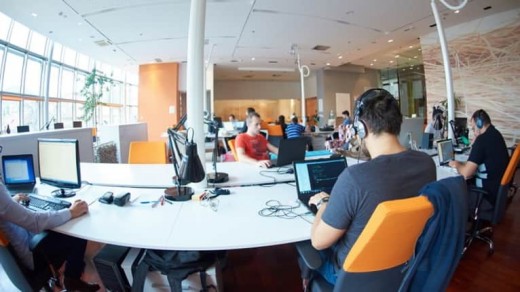 IT Jobs and Project in Pakistan

Karachi, An Indian journal has said in its recent publication that Pakistan is snatching the low level IT jobs and projects from India. The Indian magazine said in its publication that the American firm has shifted about 125 jobs from India to Islamabad. It is also said in the publication that the Indian jobs have been shifted to Bangladesh, Philippines and Malaysia for last 2 years. These countries are insisting the foreign companies to provide the IT staff at the less salary. Now Pakistan is also included in the list of these countries and it is getting its share.

It is the great news for Pakistan that the increasing pace in Pakistan is more than India. The annual increase in Pakistan is 20% but India has only 7 to 8% but keeping in view the volume of the IT industry in India, this increase is many times more than us. The governments of India, Bangladesh, Philippines and Malaysia are developing the IT industry and they are providing government incentives, establishment of technology parks, relaxation in tax, economical mobile and the internet facilities. The shifting of the low level IT jobs to Pakistan does not mean that India is going into loss.

The head of Pakistan Software house association said that the jobs are not limited in the world and getting some jobs in IT industry does not means, we are snatching these jobs from them. He further added that the fourth revolution is now coming, in which the artificial intelligence, robotics, nano technology, quantum computing, bio technology, 3D printing, automatic cars and common things associated with the internet and the experts are required for them. India is forwarding in this field and it is leaving the low level jobs in IT. The expert said that India is the big market of data operators and call centers and Pakistan does not need to copy it because it has different demands.

On the other side, about 10,000 IT graduates are prepared in Pakistan every year and they are becoming the member of the IT market while there are 0.15 million central technical experts in Pakistani market and about 0.15 to 0.20 million free lancer, who have good reputation in the IT market. There are the free lancers, who are associated with IT and other technical matters and they gained good reputation in the international market and they claim very less compensation but they complete their projects in time.

IT Jobs in Pakistan


Tags: Featured, IT Jobs, IT Jobs and Project in Pakistan