Home News More Pilgrims Sent By Pakistan for Umrah than any Other Country in 2019
moazzam+ Jan 1st, 2020 Comments Off

The Kingdom of Saudi Arabia recently issued the data of pilgrims who came for Umrah from around the world in 2019. According to official statistics, 2.1 million people from Pakistan performed Umrah in 2019, more than any other Muslim country. 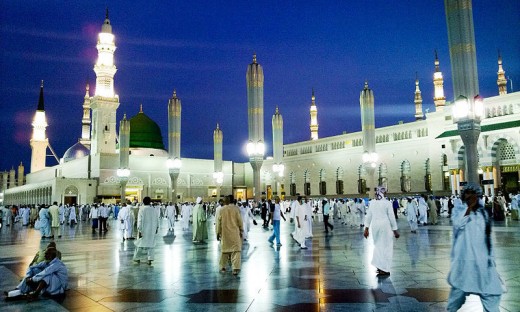 Maximum No of Pakistanis Performed Umrah in 2019

Imran Siddiqui, spokesman for the Ministry of Religious Affairs, attributed Saudi hospitality to the increase in the number of Pakistani pilgrims. Saudi Arabia has played an important role in strengthening bilateral relations between Prince Mohammed bin Salman and Prime Minister Imran Khan. Earlier this year, Mohammed bin Salman announced special facilities for Pakistani pilgrims like the Makkah Route. As a result, more and more people in Pakistan are encouraged to travel to Saudi Arabia.

Millions of Muslims from all over the world go to Saudi Arabia for Umrah and Hajj under Saudi Vision 2030 every year.  The Saudi government has taken numerous measures to facilitate visitors during their stay. Saudi Arabia expects more than 30 million visitors annually by 2030.

At the start of this month, ministers of religious affairs from both Pakistan and Saudi Arabia signed an agreement to increase the Hajj quota for Pakistan for next year. Approximately, 200,000 Pakistanis will perform Hajj in 2020 under the agreement. Pakistan’s Hajj quota for this year was 184,210.