Hollywood super hero action film “Captain America: Civil War” has achieved fame soon after its release and snatch 1st position fm “The Jungle Book” this week which was ruling the box office since past 3 weeks.

This movie of Chris Evans, Robert Downy Jr. and Scarlett Johansson is directed by Anthony and Joe Russo which has so far earner $261 million since its release. 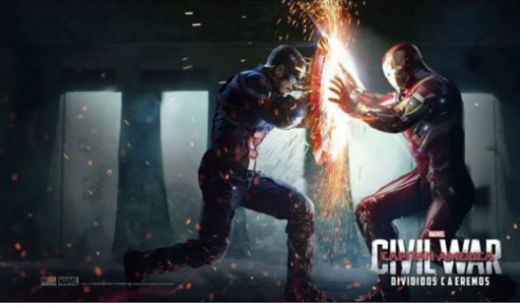