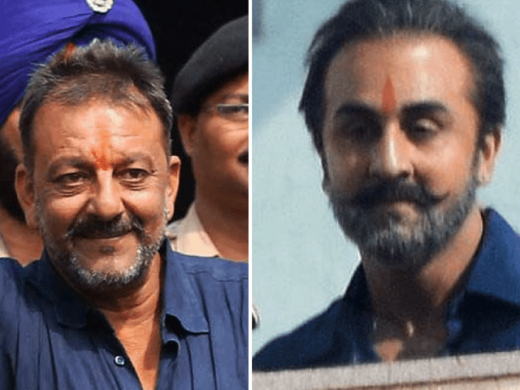 Mumbai, The Indian leading director, Raj Kumar Heerani is going to direct the new movie, which will make on the personal life of Sanjay Dutt. This movie will release after few months but this movie is still nameless. This nameless movie has earned about 180 crore. It was considered very important to earn 100 crore and now it becomes common that the Indian movies are earning about 200 crores. The movie, which is going to make on the life of Sanjay Dutt, is going to set a new record.
The great expectations are being attached with the movie, which is going to make on the personal life of Sanjay Dutt. Raj Kumar Heerani is the director of the movie and he has already released the movies, Munna Bhai series, 3 idiots and PK. Ranbeer Kapoor will perform the role of Sanjay Dutt in this movie.
The film making company, Fox Star India has bought the rights of the release of the movie in 180 crore, which is a new record the satellite rights are not included in it. These rights are sold with the proportion of 85% and director raj Kumar Heerani will get 85% of the profit and Fox Star India will get 15% of the total profit.
The movies of 3 Idiots and PK were made under the direction of Raj Kumar Heerani, which were sold very heavily and the rights of the movie, ‘PK’ were sold in 110 crore and the satellite rights were also included in it. It is worth mentioned that Amer Khan performed in the movies, 3 Idiots and PK but in the recent movie on the life of Sanjay Dutt, Amer Khan is not included in this movie.