NAB Arrested the Head of NTS 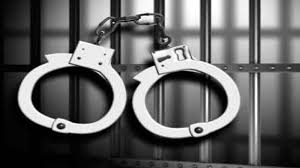 NAB Arrested the Head of NTS

NAB’s investigating teams raided the 2 offices of the National Testing Service and arrested the CEO of the institution Doctor Sher Zada along with the other workers.

According to the express new the chairman of NAB took action regarding the complaints about the corruption and paper getting leak and for the reason NAB’S investigating teams were formed. Today the NAB’s investigating teams reached the 2 offices of the NTS and after checking the record of the NTS got it under restriction. Nab arrested the chief executive officer and admin in charge along with 5 workers of the NTS.

NAB officers investigated from the NTS team. The FBR team is along with the NAB team. From the last few months entry test papers from the NTS for the government high universities are getting leaked. For the reason the exams got badly affected and the chairman of NAB took action against this.