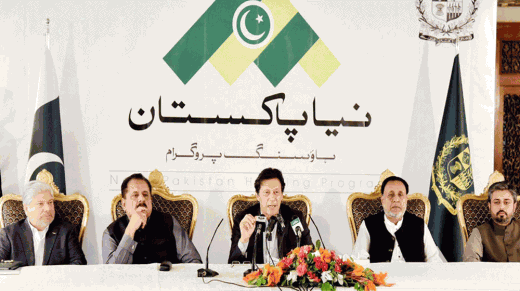 National Database Registration Authority will accept the online forms regarding Prime Minister ‘New Pakistan Housing Scheme’ during the next week to facilitate the citizens.

Director NADRA, Rizwan Haider said the decision for the provision of online facility for the people, who want to submit the application forms for the housing scheme announced by the prime minister of Pakistan and they should avoid the difficulties. Naya Pakistan Housing Scheme will provide the facilities of the employment to the designers, civil engineers, craftsmen, construction companies, architects, cement and marble owners.

He said that warranty of the government sponsored low cost housing project was given and they can meet the residential demands for people with the limited resources. The large number of salaried people is applying for the housing scheme. He also said that the deserving people will get the affordable house on the merit under this scheme. He further added that NADRA has extended the network of mobile registration vans in the rural areas in order to facilitate the people for correction of new housing scheme forms and for more guidelines.

The scheme will give the chance to one person of a family to apply for the house and the preference will be given to such people, who do not have their own property in Pakistan. This project has been launched in Pakistan in the seven districts like Islamabad, Faisalabad, Muzaffarabad, Quetta, Gilgit, Swat and Sukkur in the first stage.