Home Autos NASA HAS DESIGNED A SELF MOVING CAR FOR MARS
anas+ Oct 5th, 2017 Comments Off

NASA HAS DESIGNED A SELF MOVING CAR FOR MARS 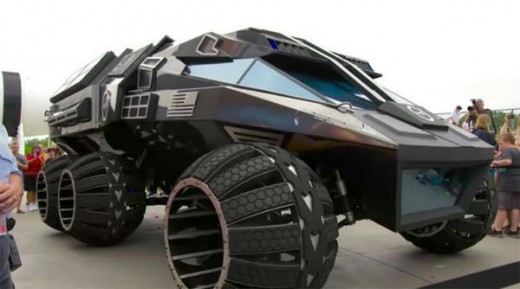 The American space institute NASA is getting ready for 2021 “mars mission” and for this purpose the Canadian space center has designed a self moving car for sending it to mars.

The design of this robotic mars rover is not only different from normal cars but also resembles to the bet mobile.

This car will be sent to mars in august 2020 and after 6 months of journey this car will reach mars in February 2021.

Before this, NASA has also sent a robotic car named curiosity to the red planet in 2012. According to NASA in Washington mars rover will make its first step regarding this mission and after reaching the mars, will send the samples of the sand and metals over there securely.

Through the 3 cameras being installed in this vehicle the natural particles will be investigated thoroughly, through which they will get help in investigation about common life prospects.

The car which will be sent to mars has 6 wheels and the weight of the car is nearly equal to 1 ton, it also has special sensors to keep a look on weather and it also has radar which will help in finding samples on the red planet.

After getting the samples, this car will take them to a safe place, so that those samples could be brought to earth in future.

And this thing is also interesting that the self moving car can send his landing video on mars along with the voice.

And for the reason a mike is placed on the self moving car so that the voice of blowing wind could be heard.