Nokia has al last officially released its first smartphone, Nokia 3, in Pakistan. Nokia 3 is a mid range device that is covered with a metal body and comes with basic specifications. In Pakistan, the smartphone is now available at Rs. 16,900.

There is a polycarbonate plastic body along with machined aluminum on its sides while the design is quite similar to the more expensive Nokia 5 and Nokia 6. But a major flaw in the device is the absence of fingerprint sensor. It comes with a 5” 720p IPS LCD display with a polarized and coated screen. It makes it easier for the user to view screen in sunlight. 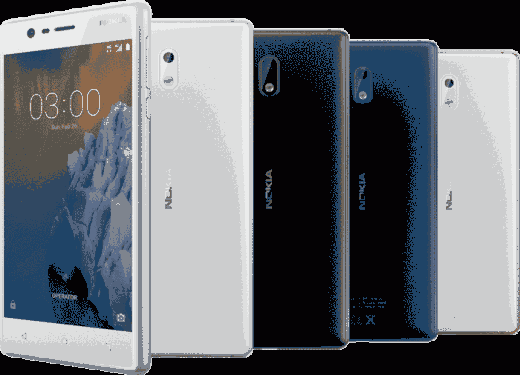 Nokia 3 includes quad core MediaTek MT6737 CPU along with 2 GB RAM and 16 GB internal storage that can be expanded via microSD card slot. The OS in the Nokia 3 is Android 7.0 Nougat while you can have this in both single and dual SIM variants.

Both front and back cameras have 8 MP sensor with f/2 focal length. The primary camera has additional features of LED flash and autofocus. There is a 2,650 mAh battery in Nokia 3 that can last for two days with limited usage.