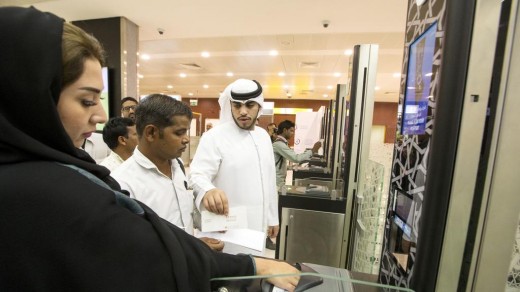 The government has announced to give travel visa to the people coming from different countries to Abu Dhabi, for the reason a counter has been made on the airport.