Wellington, Pakistan Hockey team played the hockey test series against New Zealand and the last match between these two teams was draw with one goal each side. The green shirts won the series of the hockey test matches by 2-1.

Pakistan played the last and final test match of hockey against New Zealand yesterday. Both the teams scored one goal each and the match between Pakistan v New Zealand ended in draw. Pakistan won two test matches and New Zealand won one test match in hockey so the final score remained 2-1 in this test hockey series between these two teams. 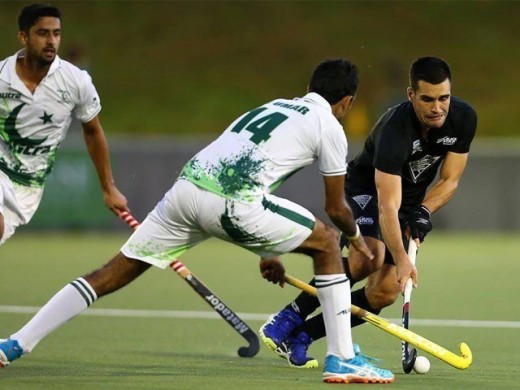