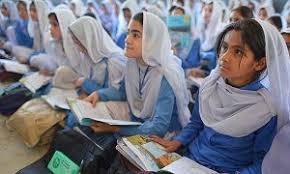 Alif Ailaan is the , which has released the recent data about the primary education in different parts of the country. According to data, AJK is at the first position in terms of provision of quality education, which is mentioned in a survey report, ‘Pakistan District Education Ranking 2017’.

The survey was conducted in all parts of Pakistan and after AJK, there are ICT, Punjab and Gilgit Baltistan, Khyber Pakhtunkhwa at the different position, while Sindh is at the 7th and FATA is at the 8th position. Baluchistan has made the significant progress in education and now it reached to sixth position. People can watch the survey report and its findings in terms of spreading of education.