Film “Manto”, made on the life of famous Urdu literary person “Saadat Hasan Manto”, is going to be released today in the whole country. Even the first glimpse of the film was attractive and everyone is talking about the film. 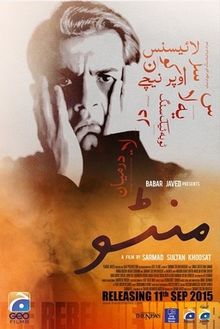 Large number of actors and fans participated in the special screening of the film in Karachi while every viewer praised the film. The fans said that Sarmad Sultan Khoosat has given a new life to Manto. The film viewers say that film’s director and main actor Sarmad Sultan Khoosat has performed his role very nicely. This biography film on Saadat Hasan Manto has been released in Pakistan under the banner of Geo News.